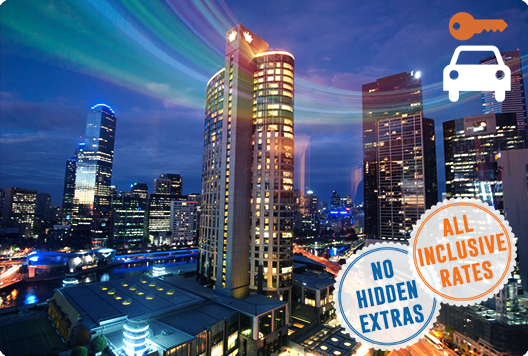 Cairns is a regional city in Far North Queensland, Australia. The city itself was named after William Wellington Cairns (the then Governor of Queensland). It was formed to serve miners heading for the Hodgkinson River goldfield, but experienced a decline when an easier route was discovered from Port Douglas. It later developed into a railhead and major port for exporting sugar cane, gold, metals, minerals and agricultural products from surrounding coastal areas and the Atherton Tableland region.

Cairns is located about 1,700 km (1,056 mi) from Brisbane, and about 2,420 km (1,504 mi) from Sydney by road. It is a popular travel destination for foreign tourists because of its tropical climate and proximity to many attractions. The Great Barrier Reef can be reached in less than an hour by boat. Daintree National Park and Cape Tribulation, about 130 km (81 mi) north of Cairns, are popular areas for experiencing a tropical rainforest. It is also a starting point for people wanting to explore Cooktown, Cape York Peninsula, and the Atherton Tableland.

The 1,700 km Bruce Highway running south along the coast connects Cairns to the state capital of Brisbane. It takes 22 hr to drive without stopping, and you should allow at least 2-3 days of solid driving, or longer for a more relaxed pace of drive up the coast. There are regular towns along the coast which make good stopping off and sightseeing points.

Cairns International Airport is located 7 km (4 mi) north of Cairns City between the CBD and the Northern Beaches. It is Australia's seventh busiest domestic airport and sixth busiest international airport. In 2005/2006 there were 3.76 million international and domestic passenger movements.

The airport has a domestic terminal, a separate international terminal, and a general aviation area. The airport handles international flights, and flights to major Australian cities, tourist destinations, and regional destinations throughout North Queensland. It is an important base for general aviation serving the Cape York Peninsula and Gulf of Carpentaria communities. The Cairns airport is also a base for the Royal Flying Doctor Service.

Try our simple-to-use booking engine to compare car hire deals in Cairns. Type in your pickup and drop off locations & other information required and we'll immediately provide you with some quotations. Whether you're after an economy Cairns car hire, or a luxury Cairns rental vehicle, we have the perfect deal for you. Our low cost car rentals are provided by well-known suppliers such as Avis, Hertz and Europcar, but we can often provide better car hire rates!

In the North-east of Australia, the region of Queensland is home to two of the country’s most prolific cities. Cairns and Brisbane attract much admiration mainly because of their status, and tropical climates. A self-drive holiday from Cairns to Brisbane is popular within domestic tourism and is recently making it as a major attraction for international visitors. Covering more than 1,700 kilometres, there are ample landmarks, historical attractions and cultural experiences for visitors to get their teeth into.

Noosa Heads is located north of Brisbane and is widely admired for its beach, National Park and Hasting Streets, which is a boutique theme avenue of shops. The National Park is home to many koala bears and depending on the time of year, that you visit, check out what festivals and events are occurring. The most famous in the region is the Noosa Classic Car show and also the Food and Wine Festival.

The economy of Hervey Bay, relies mostly on tourism in particularly whale watching, fishing and visiting the nearby Fraser Island which is a heritage listed location, famous for its flora, fauna and historical history. Beach lovers will delight in the 14 kilometres of sand while trepid explorers can investigate the numerous amount of natural landmarks and places of beauty.

Childers is under protection of the National Trust because of its heritage character that includes old colonial buildings. Explore the old post office, court house, church and butchers shop. Old everyday objects in the Pharmaceutical museum make it a must visit and visitors can see why it also has status as a sugar town by visiting the sugar mill

One of Queensland’s most gorgeous parks is Eungella, which is also ideal if you plan to camp out along the route. This haven for Platypus is extremely ecologically diverse with more than 860 species of plants and wildlife. Waterfalls and natural swimming pools are also popular.

Townsville should definitely be an overnight stop over point because the area has a wealth of attractions and things to do. The Strand is a long tropical beach and garden strip, Riverway is a parkland attraction. There is also a large tropical aquarium that houses much flora and fauna from the Great Barrier Reef and the local museum holds many relics from a sunken British warship. Aside from that, throughout the year, there are many festival and events that are ideal for all types of visitors including families and solo travellers.
Use our online search engine to source all local car hire suppliers between Cairns and Brisbane. You can then compare prices and social deals to ensure you are getting the best value for money.