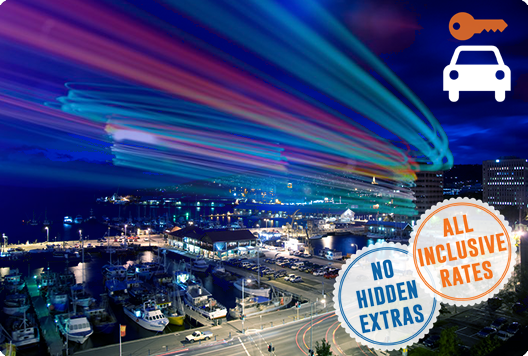 Hobart is the state capital and most populous city of the Australian island state of Tasmania.It is located about 200 kms south of Launceston. Founded in 1803 as a penal colony, Hobart is Australia's second oldest capital city after Sydney. A Resident of Hobart is known as a "Hobartian". The city is the financial and administrative heart of Tasmania, and also serves as the home port for both Australian and French Antarctic operations.

Hobart is internationally famous among the yachting community as the finish of the Sydney to Hobart Yacht Race which starts in Sydney on Boxing Day (the day after Christmas Day). The arrival of the yachts is celebrated as part of the Hobart Summer Festival, a food and wine festival beginning just after Christmas and ending in mid-January. The Taste of Tasmania is a major part of the festival, where locals and visitors can taste fine local and international food and wine.

Hobart is the finish point of the Targa Tasmania rally car event held annually in April since 1991.

The annual Tulip Festival at the Royal Tasmanian Botanical Gardens is a popular Spring celebration in the City.The Australian Wooden Boat Festival is a bi-annual event held in Hobart celebrating wooden boats. It is held concurrently with the Royal Hobart Regatta, which began in 1830 and is therefore Tasmania's oldest sporting event.

Try our simple-to-use booking engine to compare car hire deals in Hobart. Type in your pickup and drop off locations & other information required and we'll immediately provide you with some quotations. Whether you're after an economy Hobart car hire, or a luxury Hobart rental vehicle, we have the perfect deal for you. Our low cost car rentals are provided by well-known suppliers such as Avis, Hertz and Europcar, but we can often provide better car hire rates!

As the heart and pulse of Tasmania, Hobart is a busy financial district and also popular holiday destination. Mount Wellington dominates the skyline and backs other scenic landscapes, while urban planning has enabled all amenities and facilities that visitors would want on a vacation. The fact is that Hobart can accommodate all types of travellers including families, couples and solo adventurers. If you need more reasons, as to why you should venture to that area, read on!

Food and drink is a humble but enjoyable experience in Hobart. The region has some of Australia’s top restaurants including Garagistes and The Source. Fresh oysters and wine tasting is popular on Bruny Island, just a 45 minute drive away while the region of Battery Point is well known for its authentic pubs. Alternatively, pack a picnic basket and head to Fern Tree that is famous for its beautiful picnic spots.

There is always an event or festival happening in Hobart including the annual yacht race, summer festival and the Targa Tasmania car rally and thanks to the landscape and preservation of green areas, outdoor sports are popular. Drive to the base of Mount Wellington to spend a day trekking in that region or get your feet wet on a half day or full day kayak tour.

Excursions and tours are big things in Hobart, therefore providing visitors with a wealth of sites to see but in the easiest way. They include the Conservation Park, Salamanca Palace and Carnarvan Bay. The Hop-on-Hop off Bus tour is a great introduction to the region, and it will provide many ideas of what to do

Port Arthur is an incredible place to learn about convict history of the region. As a former colony, it is part of the Australian convict sites, which are listed as a World Heritage site. It is Tasmania’s top tourist attraction and includes a museum, convict gallery and research room.

Arts and culture is a big thing in Hobart. The region is home of the Tasmanian Symphony Orchestra and also Australia’s oldest theatre. The music scene has extended to include a diversity of genres from classical to punk and the Museum of Old and New Art (MONA) annually holds a festival to celebrate its prized exhibits.

Every type of accommodation is available from your budget hostels for backpackers to five star luxury spa centres but don’t spend all your time in the hotel because the region is a great destination for getting out and about. Driving in the area is easy and you can use our online search engine to source local car hire suppliers providing deals and discounts. All types of cars and vans are available and the booking process is straight forward.