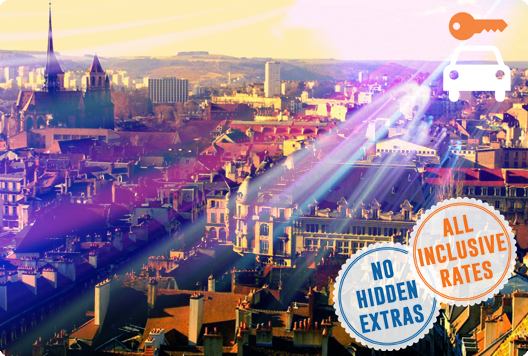 Dijon began as a Roman settlement called Divio, located on the road from Lyon to Paris. Saint Benignus, the city's patron saint, is said to have introduced Christianity to the area before being martyred. This province was home to the Dukes of Burgundy from the early eleventh century AD until the late 1400s and Dijon was a place of tremendous wealth and power and one of the great European centers of art, learning and science. It was occupied by Nazi Germany between June 1940 and early 1945, when it was liberated by joint French/UK/U.S. forces. The city itself was liberated on 11 September 1944.

Dijon is well connected to the freeway and highways networks, where you can drive cars. Note that traffic is limited in the centre of the city, so you will probably want to park your car for the duration of your visit, except to access the Well of Moses, which is on the outskirts of the city.

What To See in Dijon

There is a self guided walk in the city, called Parcours de la chouette, shown by owl arrows and numbered owl plates in the ground. There is 22 stops showing interesting stuff. The book with the description of stops is available at the tourist office for 2.50EUR. But it's not mandatory.

Try our simple-to-use booking engine to compare car hire deals at Dijon. Type in your pickup and drop off locations & other information required and we'll immediately provide you with some quotations. Whether you're after an economy Dijon car hire, or a luxury Dijon rental vehicle, we have the perfect deal for you. Our low cost car rentals are provided by well-known suppliers such as Avis, Hertz and Europcar, but we can often provide better car hire rates!

There is no doubt that France is a popular country. Foreigners intrigued by weird cuisine, a lispy, yet romantic language, and well-known touristic sites, attract millions of visitors every year. The culture, history and high standards of living, enable French citizens to treat their guests, with hospitality and courtesy. Any first time visit to France can be a little daunting, especially if you are not well travelled, so we have collected this list of fun facts to get you in the mood.

•    French people place great importance on food. If you are travelling there for a business meeting, do not be surprised for lunch to last two or more hours. A traditional saying before starting a meal is to wish other guests, an enjoyable meal. Do this by saying Bon appétit
•    Traditional cuisine that often seems strange to foreign visitors includes frogs legs, snails and horse meat. It is estimated that yearly, over 500,000,000 snails are consumed.
•    The French are the largest cheese consumers in the world. Wine and cheese lovers will certainly enjoy tasting the variety on offer. Did you know there are more than 350 different types of cheeses? Popular ones to sample include Brie, Beaufort, and Camembert.
•    The British dish of quiche, actually originated from France.
•    Try le foie gras, which is the liver of a fat goose or duck. It is a regional delicacy.
•    Paris lists more than 5000 restaurants serving food from all around the world.
•    Truffles are a favourite food for the French and are often cited for their aphrodisiac qualities.
•    American author Julia Child is widely credited for introducing French cuisine to America
•    French liquors to try include Cointreau, Cognac, Armagnac, and Pastis.

•    French people call the English “les rosbifs”, which refers to the traditional Sunday lunch of roast beef
•    The Capital is Paris and the currency is euros
•    The total population is 65 million people of which a majority are Christian
•    Claude Monet was a famous painter who is now honoured for his work
•    The three musketeers, is one of the most popular books ever sold
•    The Tour De France started in 1903
•    French people greet each other by kissing on the cheeks

•    The Celtic Gauls ruled from approximately 700 to 500 BC
•    The Romans ruled from 50 BC to 476AD
•    The French revolution happened in 1789
•    The same engineer, who designed the statue of liberty, built the Eiffel tower in Paris
•    From 1804 to 1815, Napoleon Bonaparte ruled the country
•    It was only in 1964, that women were legally allowed to open a bank account without their husband’s permission
•    The French have invented many ground-breaking techniques and objects including cinema, photography and the hot air balloon

•    Recommended attractions to see in Paris are the Eiffel Tower, Notre Dame, Louvre, and the Arc de Triomphe.
•    Everyone heads to the French Alps for good skiing opportunities
•    France has 24 rivers that are more than 300 kilometres long
•    Be careful if you head to Brittany or Normandy because they have the strongest tides in Europe
•    Many French people speak English as a second language, particularly in the tourist destinations
•    Estimations are that France has over 40,000 castles, palaces, and stately buildings
•    The Louvre is the largest palace in the world, covering 210,000 square meters
•    France has 28 sites on the UNESCO world Heritage list
•    Tourism figures for 2012 suggest more than 81 million foreigners entered the country

We had no problems with our recent hire in Dijon and the service was great I was very pleased.