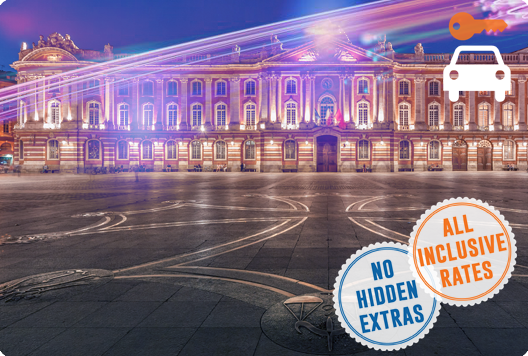 Toulouse is a city in southwest France on the banks of the River Garonne, 590 km away from Paris and half-way between the Atlantic Ocean and the Mediterranean Sea. The commune of Toulouse, with 439,453 inhabitants is the fifth commune in France and with 1,102,882 inhabitants as of Jan. 1, 2006, the Toulouse metropolitan area is the sixth-largest in France after Paris, Lyons, Marseilles, Lille and Nice.

Toulouse is the home base of the European aerospace industry, with the headquarters of Airbus, Galileo positioning system, the SPOT satellite system, and CNES's Toulouse Space Centre (CST), the largest space centre in Europe. Thales Alenia Space, Europe's largest satellite manufacturer, and EADS Astrium Satellites, EADS's satellite system subsidiary, also have a significant presence in Toulouse. Its world renowned university is one of the oldest in Europe (founded in 1229) and, with more than 97,000 students, is with Lille the third-largest university campus of France after Paris and Lyon.

Toulouse was the capital of the former province of Languedoc (provinces were abolished during the French Revolution). It is now the main city of the Midi-Pyrenees region, the largest region in metropolitan France. It is also the main city of the Haute-Garonne department.

Try our simple-to-use booking engine to compare car hire deals at Toulouse. Type in your pickup and drop off locations & other information required and we'll immediately provide you with some quotations. Whether you're after an economy Toulouse car hire, or a luxury Toulouse rental vehicle, we have the perfect deal for you. Our low cost car rentals are provided by well-known suppliers such as Avis, Hertz and Europcar, but we can often provide better car hire rates!

Toulouse is a South-western city in France that is popular due to its traditional architectural styles. With over 1 million citizens residing within its borders, it also holds the prize of being home to the oldest university in Europe. Anyone with a passion for history will enjoy exploring the city and its many attractions of which two have been added to the UNESCO World Heritage Site List. The best time to visit is between June to September when the climate is warm and ideal for exploring. We look at activities to do in the city that are popular for families, couples, groups, and solo travellers.

Top Things to do in Toulouse, France

Capitole De Toulouse is the heart of administrative Toulouse but the attraction is the buildings dating from the 16th and 17th century. The cobbled side streets are worth exploring or you can simply sit in one of the many cafes and people watch. This area does get very busy and one of the top places to visit is the theatre / old opera house.

The Basilique Saint-Sernin receives mixed reviews but it is one of the most popular things to do. The old church built in the Romanesque style also has a crypt with an additional entrance fee.

The Fondation Bemberg is an art museum holding paintings from French, Italian, and German artists. Some pieces date from the 16th century.

The church of Les Jacobins is a historic, religious site. The church is free to enter but there is a fee to walk around the grounds.
The Botanical gardens also holds the Museum of Natural History that has been highly praised for its exhibitions. There is a lack of signage in English; so some background reading is needed before visiting in order to fully appreciate it.

Pont Neuf is the oldest bridge in the area and this iconic landmark dates from the 17th century. It is more admired for its architectural style and the lights lit up at night-time.

At certain agencies and the tourist information centre, it is possible to purchase the Toulouse Tourism pass. This gets you free access to a number of attractions as well as transport networks. Ranging in price from 18 to 32 Euro, the pass can be bought for 1, 2, or 3-day access. More information on that facility can be found here.

If you intend to travel longer and within other areas around France, Car leasing is also another worthwhile method of transport. Supplied by Renault, Citroen and Peugeot.

We have used U Drive twice for a long term trips - on all occassions the contractor has been helpful and the vehicles hired have been the type we requested - real value for money ! - from our experience U Drive works with professional Rental Car agencies. which is extreeemly important for our long terms hires ( 4 weeks) the deal has been great and it helped us keep our holiday in budget. Will use your services again.